Then silence once again.  The message had been delivered; there was no need to needlessly disturb the airways further.  I ran downstairs as fast as my legs would allow, tore open the front door and sprinted to my truck, pulling out of the driveway enroute to the fire hall, where others would join me.  I had a feeling it was going to be a long night and hoped the adrenalin pumping through my body would keep me going.

The night was indeed long and arduous, filled with rapid action, death, family anguish and general sorrow at the lives lost.  I won’t go into details as I’ve written about that night previously – if you want to know what happened please go HERE. I returned home several hours later, emotionally and physically drained, the urgency gone, alone with my thoughts. Could we have saved him if we did something different? Arrived on scene faster? Questions to which there could be no answer, but that didn’t stop the continual nagging in my mind. But as with all such things, time passed and life carried on, the gory scene eventually becoming a mere memory.

Fast forward.  It was another blustery night years later, and once again I was awakened in the blackness, but this time it wasn’t an eruption of noise that roused me from sleep. It was the absence of any noise at all.  The fan we used to cool our bedroom had suddenly gone quiet and I woke, realizing the power was out.  No lights, no sounds, nothing. Silence.

A strong sense of urgency rose up. Ordinarily, I would have gone back to bed and waited for the utility company to restore the flow of electrons to my house.  Except in this case I was the utility company.  Our union was on strike and as the operations manager I had been tasked with working with the rest of our team to literally keep the lights on while the labour dispute continued.  I quickly called one of the supervisors in the area, arranged a meeting location and once again headed into the night. Many customers were out of power and without our regular field workers in place, it took a long time to get the frustrated homeowners and businesses back up and running.  Then, as before, the emergency was over and the humdrum of daily life resumed.

In both cases when the pager screamed and when the night fell silent, I knew what to do.  Cutting people out of wrecked cars and restoring power when it goes out unexpectedly requires quick action, teamwork with likeminded and well trained people along with knowing exactly what you need to do to be successful. You know when you’re done your job because you know precisely what it looks like when you’re done.  The car looks like it was attacked by a huge can opener and its occupants have been pulled out. Then your job is done.  No power? Cut the tree off of the powerline, replace the faulty equipment, close a switch and the lights come on. Clearly defined success. But it’s far more daunting, even scary, when you have to respond to an emergency and you really DON’T know when you’re done or even what to do.

Years passed. As the safety manager for an electric utility, I was driving to the airport, headed to a regional “safety day” intended to celebrate the hard work of the local crews to ensure everyone was able to go home to their family’s every day.  A noble and worthwhile thing to do.  It was going to be a good day.

I was about five miles from the airport when the phone rang. I looked at the call display and wondered why my boss was calling me at this time of day, something he rarely did. Assuming it was some sort of administrative issue, I answered.

“Heading to the safety day up north” I reminded him.

“Turn around and come back to the office. A helicopter has crashed.  People are dead. We don’t know much more yet. You’ll need to come up with a plan.”

I was dumbfounded. A helicopter crash? People died? This was bad – really bad.  I turned the car around and headed away from the airport.  After a few minutes of letting the idea of what had happened wash over me, fear rose up.  Selfishly, it wasn’t over concerns for the families who would be receiving terrible news very soon, although that thought made me feel awful.  No, the fear was for my own position. ‘You’ll need to come up with a plan.’ His words echoed in my head. A plan? I knew very little about helicopters. Sure, I’d spent many hours in them over the years, mainly as a means of looking for suitable transmission line routes and substation locations. But I’d been a passenger, not any sort of expert or even someone knowledgeable.  I knew this event would make people want answers.  What will we do to make sure this never happens again? Why did this event happen? And many more questions. I had the job title, I was the right guy to call, but I WASN’T the right guy to answer those questions. How the hell could I take this on, when so much was riding on getting the right answers? It wasn’t going to be a good day at all.

Four people perished that day.  It was truly a horrible time.  My initial fear and selfish concern about my own wellbeing soon tuned into a passion to make things right. I became one of the people demanding the answers to the questions above.   While I didn’t know what the solutions were, I felt very confident that there were people in the world that did. So I did what I knew I had to do.  I went looking for them.

I talked to pilots, mechanics, safety regulators, international aviation experts, helicopter manufacturers and utility flight leaders. I became a sponge. Is one or two engines better? Tell me more about that fuel system. When should a pilot say ‘no’ to a demanding passenger? How much can a specific aircraft lift? And so on. I was consumed by trying to “get it right”. Over time I got better at developing policy, giving advice and most importantly developing a network of experienced people whom I could call and get their insights.  The initial emergency gave way to a better path forward, but I was still bothered that I couldn’t tell when the work was done.  Was the crisis over? How would I know?

Throughout all of those years I did get pretty good at one thing.  I know an emergency when I see one.  The signs are clear. Something needs immediate, all hands on deck attention. A person or people with specific skills are needed to respond.  They need to know exactly what to do and understand what success looks like.

Real life is, of course, complex and nuanced.  You may fall and break your leg or feel like you are having a heart attack. You probably don’t (or maybe some of you do) have what it takes put a cast on your leg or pull yourself out of a cardiac event.  That’s why we have ambulances and hospitals and doctors and nurses.  If you don’t know what to do, call someone that does. You might not know how to handle the situation or what success looks like, but they do.

I also discovered that there are obvious signposts along the way to help PREDICT when a crisis or emergency might happen, if you look for them. A frayed overloaded extension cord will burn up eventually.  It’s just a matter of time and what else goes up in flames when it happens. So fix it now and prevent the looming disaster.

We are on the verge of a crisis. At this moment in history, society has set a course to electrify as much as possible as a means of reducing the use of fossil fuels. Trucking, power generation, buildings, and even airplanes are lined up to be driven by electricity.  Is the technology accessible?  For the most part, and the rest is catching up. Is the money available?  It seems that every government and large private company has been shelling out cash to make this a reality.  So what’s the problem?

People. There are too few skilled and experienced workers to translate the dreams into actuality. Many have retired, others channeled into university programs and computer coding instead of trades and construction management, and more that have changed industries or occupations as a result of the recent pandemic. But there were signposts.  I recall 20 years ago having discussions about the impending “grey wave” of retirements. We’ve been talking about it for two decades, and how have we responded?  Have we changed the conversations in high schools about the good life a person can have by becoming a tradesperson?  Have we aggressively doubled the number of people in training programs? Have we given serious thought about the huge volume of upcoming work and tried to figure out where the people are coming from?

There have been some attempts and good people doing good work, but it’s not enough.  The results speak for themselves.  There are always answers to tough questions, if you know who to ask.  If we work together, work out the details and take the necessary action, we CAN get this done. But if the need to electrify everything as a result of a global crisis is truly an emergency, we’d better start acting like it. 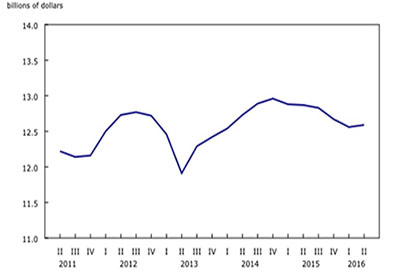 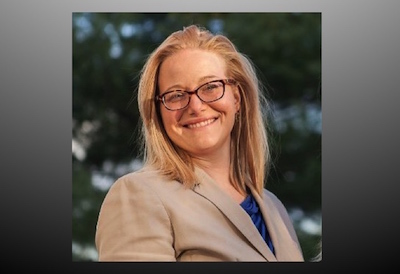 Owning a business can be uniquely rewarding, but rewards do not come without risk. Perhaps the most dreaded of those risks is a lawsuit. 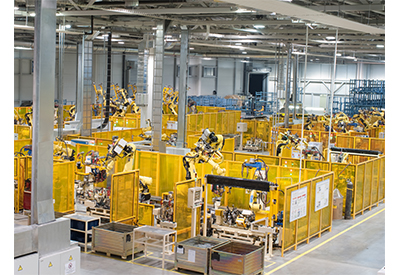 When a person looks at how everything has changed over time, it is amazing.  Some things have changed for convenience, some out of necessity.  Sometimes for both reasons.  In the case of motor starting, it is both. 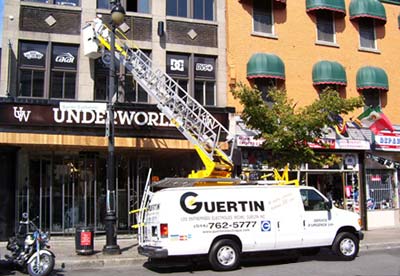 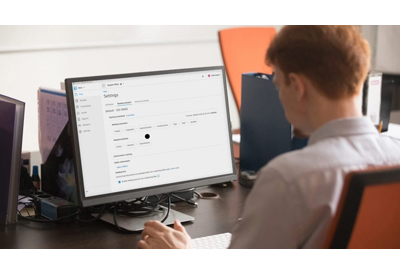 The use of standards for construction project delivery has grown exponentially over the last decade. Standards define the collaborative processes for managing information over the project lifecycle. Ensuring consistent document control is key to meeting project requirements and avoiding rework. 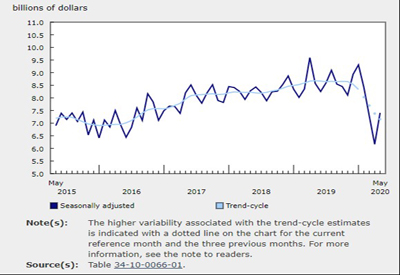 The total value of building permits issued by Canadian municipalities in May bounced back 20.2% to $7.4 billion, following declines of 13.4% in March and 15.4% in April.