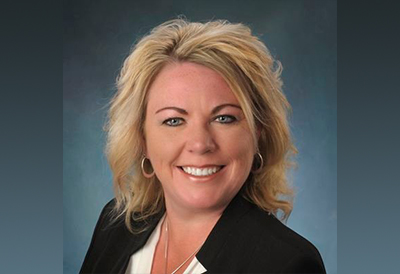 The National Electrical Trade Council (NETCO) is an industry-funded, not-for-profit organization that serves the industry by providing workforce development leadership on the Red Seal national standards program, apprenticeship, and promoting life-long learning within the electrical trade. In June 2018, founding NETCO Executive Director Carol MacLeod stepped down from the position, and Melissa Young was appointed as her successor by the NETCO Board.

Young has had an impressive career as an industry leader and adult educator within the skilled trades. She received a degree in Adult Education from the University of New Brunswick, and has since held several leadership positions in different industries. Melissa was the inaugural Executive Director of a labour management and training organization for 12 years; she then moved into a role with the government of New Brunswick as Liaison Officer with the Apprenticeship and Occupational Certification Branch.

“During my 8.5-year tenure with the provincial government I worked for 2.5 years in a secondment position as the Regional Coordinator for Atlantic Apprenticeship Harmonization; an initiative of the Council of Atlantic Premiers,” explained Young.

Prior to taking her current role with NETCO she served as Assistant Director in the Apprenticeship and Occupational Certification branch of the Government of New Brunswick, as well as a member of the Board of the Canadian Apprenticeship Forum.

“I have always been drawn to the electrical industry,” Young told EIN. “I view this industry as highly professional and essential to society. That can be said about all skilled trades. However, I am partial to the electrical industry. Being on the cutting edge of new technologies and energy sources is exciting. I am excited to work with such an array of individuals that bring such knowledge to their field.”

Melissa is the youngest of four. “My parents instilled high work ethics when I was young and that has carried through my life,” she said, which is apparent in the career she has forged as an educated and industry leader.

• advocate on policy issues of importance to partner organizations.

• National Electrical Contractors Association (NECA), the voice of the electrical construction industry in the United States. NECA also has a Canadian branch

NETCO holds a national training conference that provides electrical industry training stakeholders with professional development and networking opportunities, as well as providing a platform to explore new national training initiatives. This year’s conference takes place August 10-11. Additionally, NETCO has a Green Skills program to facilitate training and certification so that electricians have the knowledge and skills necessary for installing electric vehicle supply equipment.

Young, who has been in her current role since June 2018, took time out of her busy schedule to answer a few questions for EIN about her career, industry, and her role with NETCO.

In the early years of my career I was one of very few females in the construction industry. I have always been a visionary and looked beyond the “present state” to the “future state.” It was clear to me from the beginning to be prepared to take risks and be ready for setbacks. That did not mean success didn’t happen, it just didn’t always happen overnight. When one of my previous employers decided to expand into the training field, I was provided an opportunity to put together a training plan for their board of directors. I put a plan in place, they bought in and the rest was history. That organization went on to become one of the most successful not-for-profit labour/management training centres of its time. Being proactive, not reactive, is a key to success in seizing opportunities.

As the Executive Director it is my plan to take NETCO to the next level as a voice for the electrical industry as a whole; both our union partners and contractor partners. The NETCO board of directors is jointly managed with equal representation of the International Brotherhood of Electrical Workers (IBEW) and the Canadian Electrical Contractors Association (CECA). NETCO is the only national organization representing both groups collectively. Collaborative partnerships such as NETCO always provide organizations with greater leverage with a voice of change.

NETCO is poised to impact the electrical industry in many ways, in particular through industry communications and policy development. NETCO has grown its communications over the last few months with the launch of a new interactive website and is now active on social media with its own Twitter account (@NETCOCanada). Going forward, NETCO will be a portal of communications for the electrical industry highlighting the expertise within our own organization. Being able to take our partners to a new level of exposure to external stakeholders will only grow their capacity.

How would you characterize your time with NETCO thus far? How does it differ from positions you have previously held?

Having been in the position now for seven months I would characterize my time with NETCO as transitional, yet transformational. Transitional in that the electrical industry comprises highly skilled individuals with very technical backgrounds. Understanding the ins and outs of the industry was a learning curve. I had familiarity with the electrical industry through my time with government. However, I also looked after all designated trades, so I never had the opportunity to get involved with any one trade intimately. As for transformational, I am now focused on the one industry and am able to put my expertise to work where I hope to carry on NETCO’s mandate as a promoter of industry standards and take it to the next level as “the” national organization that will provide new policy development and national representation for our partners.

What are your biggest work-related challenges right now? And how do you overcome those challenges?

NETCO does have a lot of moving parts. It is critical to understand each of our partner needs, both labour and management. As a national organization one must consider 13 different jurisdictions, each with its own apprenticeship program, plus the national portfolio for Red Seal Standards. Although NETCO may have an understanding of each program, each jurisdiction or partner is not always aware of what is happening in other jurisdictions. I think it is NETCO’s role to bring consistency and that knowledge to the forefront and align our priorities.

How do you see the industry changing/evolving in the next 5 to 10 years?

Renewables and technology! NETCO has taken on some large programs nationally such as the Electrical Vehicle Infrastructure Training Program (EVITP). As the exclusive provider of this certification program NETCO has helped its industry partners leverage growth through training. As noted earlier, communications for our partners is critical. Knowledge is power and NETCO has to be ahead of the ever-evolving industry changes to ensure our partners are at the forefront.

You have fairly extensive experience in leadership roles. What advice would you impart to young individuals in the industry/coming into the industry, who have leadership ambitions, whether from an organizational standpoint or in terms of moving up the ranks of their company?

Early in my career I had a mentor, before mentoring was talked about. I have had many mentors since and still do today. I credit those with knowledge that I didn’t have with guiding me in the direction I am in today. My career path was not a straight line. There are many leaders in the world; few are considered successful. I hinge my success on being open-minded, taking advice even when it doesn’t seem sensible at the time, and listening more than speaking. There are those who speak then listen and those who listen then speak. By nature, I am the former and had to learn to be the latter. We must groom ourselves to be leaders too, it isn’t just our mentors. 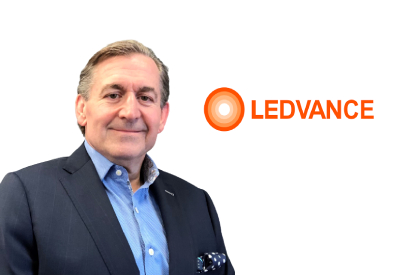 Charlie Harte is the Canadian President & CEO for LEDVANCE LLC, as well as holding the role of VP of Marketing & Customer Experience for the U.S. and Canada region. 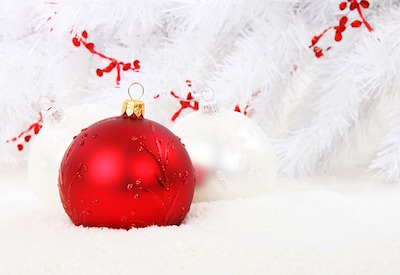 The last few years have seen companies remove the word “Christmas” from their end of year communications, replacing the word with such terms as “Happy Holidays,” or calling the annual office party a ‘festive get-together.” This is of course an effort not to offend anyone who does not celebrate Christmas owing to religion or culture, and to ensure that the workplace is seen as inclusive and respectful of all employees. 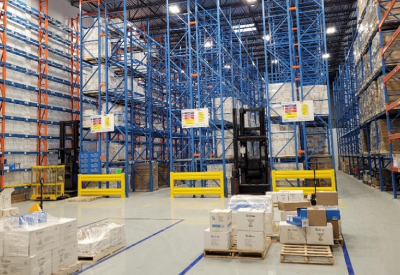 Liteline’s new West Coast Showroom and Distribution Center is open now, check out the video below for a look at the facility. 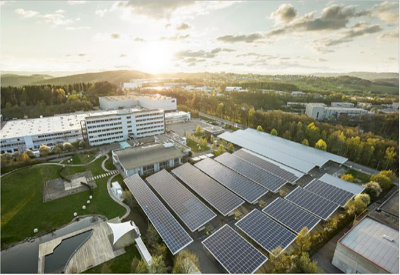 A combination of solar power, smart energy management and a highly efficient cogeneration plant have proven to deliver enough energy to power a whole factory and save huge amounts of CO2. 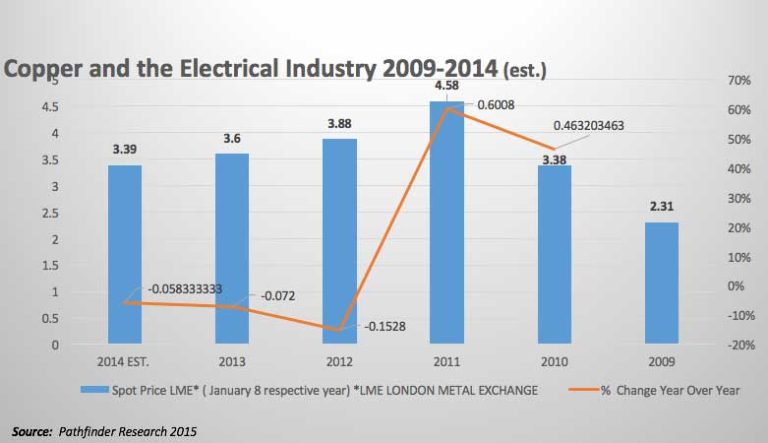 Prices for the most recent year available remain significantly below the highs of 2011. 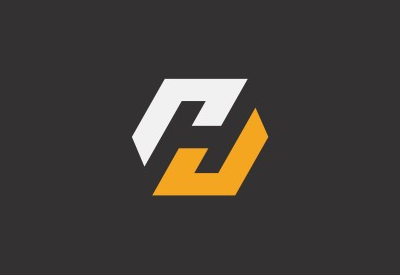 From small construction to sophisticated industrial projects, House of Electrical Supplies has been servicing clients in the industrial, OEM, entertainment, and construction markets across greater metropolitan Toronto area for just over 40 years.