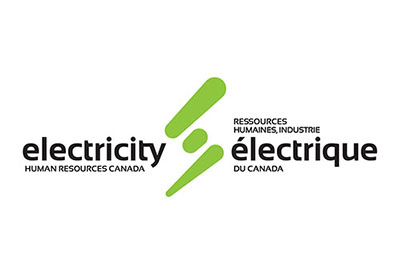 This is the second part of our recap of EHRC industry roundtable from their annual Awards of Excellence event. The panel included, Anne Marie Fannon, Director, Work Learn Institute, University of Waterloo; Phil Mckay, CanREA’s Senior Director of Operations; Brent Perrin, Senior Training Officer with Ontario Power Generation; and Kevin Weaver, President & CEO of Georgian College, and was hosted by EHRC’s Mark Chapeskie. You can find Part One HERE.

This portion of the discussion focused on accessibility, educational pathways, integrated learning, and promoting the attractiveness of the electricity sector.

Kevin Weaver spoke to the importance of access to educational pathways. The length of programs is a barrier for some people, 4 years of tuition for the potential of getting a job in your field can be a financial risk. In response Weaver noted that some organizations are identifying the minimum credential requirement to start within a company, so that people can get into the industry and build on their education and skills from there.

Weaver said they have made accessibility a priority with the bulk of their programs, which includes helping students get their grade 12 diploma or the various high school courses they may need for a program, pathways to university through college, as well as being more flexible with delivery, timeframe of the learning, and financially.

“If you’re a single mother with three children at home, how do you carve out that time? (For a 30 hour/week course load). If we don’t change some of our paradigms and some of our thinking about the educational model and how people access the credential to even think about the industry, we will struggle to make great strides in diversity,” Weaver said.

Integrated learning builds off that idea, as well. Fannon said that Canada has more paid work integrated learning than almost any country in the world. She said, “not only does that help us build stronger partnerships with you (employers) to understand what your skill needs are, how the world of work is evolving, but for that access question, to have regular on-going salary opportunities to help pay for tuition is absolutely huge. I think we do a good job of it, we’re trying to increase our opportunities and to really continue to develop these partnerships and I think we need to do more.”

Toward the end of the discussion, Chapeskie opened up questions to the audience attending in-person and virtually.

What is a Micro-Credential?

Weaver referenced micro-credentials earlier in the roundtable when discussing competency frameworks. He explained that: “In essence, it’s a shorter-term chunk of learning. We would say a credential would typically be a certificate, diploma, advanced diploma, degree, masters, those are post-secondary credentials that take long period of time. A micro-credential is more bit-sized learning. The Ministry of Colleges and Universities in Ontario defines it as learning that is less than 12-weeks duration. But it can be as little as 6-hours, it can be 3-hours; it can be one single competency, or it can be a series of competencies stacked up to give somebody a micro-credential.”

Weaver noted that he is currently taking part in a pan-Canadian working group on micro-credentials for the post-secondary system. He said it’s something that needs to be done in collaboration with industry to define what a micro-credential should look like for a particular sector and what the competencies are.

Weaver noted that micro-credentials are recognized with a digital badge that has been accessed and accredited by the college.

A key is to establish a standard for a sector so that the competencies are recognized by multiple companies in that sector.

Do people know about the attractiveness and the opportunity in the industry that they’re actually clamouring to get into these programs and clamouring to do the transitions, or is there more need to advertise what’s available in this industry? I feel like electricity is in the shadow of tech right now, and can we get more people excited about this industry and fill the funnel a little more?

Fannon agreed that there is a lot of opportunity in electricity for the types of jobs that young people are looking for but said there isn’t enough awareness.  The electricity sector offers stable employment as well as innovation and technology driven problem solving, which are important factors for younger generations.

McKay said that more and more people want to have an impact on sustainability, “the onus is on industry to define all the jobs so that everybody else can wave the banner,” he explained, “to say that, you know what? Within a short amount of time, you could be flying a drone over a solar farm with a thermography camera and do an AI algorithm that’s going to analyze a hot spot to help the technician to find which panel needs an exchange because they notice something in their SCADA system.”

McKay said that the sector isn’t waving the banner enough and talking about how accessible really interesting jobs in the industry can be.

Chapeskie pointed out that it’s important to promote STEM at a young age, referencing grade six students, he said, “if you lose interest in STEM at that age, you’re actually streaming out of a lot of opportunities there are to work in that sector.”

Weaver added that there is a lot of collaboration that can be done cross sector.

“You take skilled trades, just as a snippet, we know how important they are to the economy that cuts across multiple sectors – yet we’re seeing less students go into skilled trades.”

In rough numbers, because it’s always changing, Weaver said, “what we’re seeing already for this coming September, university applications are up dramatically and applications to colleges are down.”

Weaver said that less grads are going into the skilled trades and that puts more urgency on the need to promote the industry and to collaborate across sectors so that people understand what a career in the skilled trades means today and moving forward.

He added that post-secondary students need to have a better understanding of job pathways related to course selection. Weaver said in his experience students want to know what they need to do to get into a particular program and where that program can take them job-wise.

How is the Great Resignation influencing the organization and how is learning and development ensuring that it takes this into account?

The ‘Great Resignation’ is an on-going trend stemming from the pandemic where there have been large waves of resignations due to a number of factors. Some reasons may include competitiveness in the job market, stagnant wages, rising cost of living, and remote work opportunity, or as Perrin notes, retirement.

In hydro-electric control rooms, Perrin estimated 40-50% of their workforce is getting close to retirement.

The challenge in that is to get their knowledge to the new and upcoming operators, a big factor he said, referencing earlier in the conversation, is identifying the knowledge gaps between generations of workers. In looking at tests and exams, for example, if everyone is getting the same questions wrong, “than its either we didn’t teach it right or we worded it wrong.”

However, Perrin said he sees a strong workforce in the younger generations, because they are changing the way they train and develop young workers. Sending operators to work in other departments to get experience in something they may need down the road when they’re a supervisor. They also started giving more opportunity to young workers that in the past may have been awarded based on seniority to facilitate the transfer of knowledge between generations.

“We have a lot of replacing to do, but I feel very confident we’re going in the right direction.”

McKay said the feedback he is hearing from CanREA members varies depending on the technologies they are dealing with.

The ‘Great Resignation’ doesn’t impact a local community with a large power generation site as much, the concern there is more about retaining talent, transferring knowledge and providing pathways for people to progress through the organization.

Looking at rooftop solar, he said, the main focus is finding the people who want to do the work in the first place.

“There’s a shortage of people out there to do the jobs. When you’re growing as an industry that compounds it, when we don’t have 20-years in on these sites to say, ‘here’s your career pathway.”

Another element McKay said was the “international nature of the work that we’re doing.”

Looking at Europe he said, which is a decade ahead with some technologies, they’re developing children’s books to get kids interested in the technology, “they know they have to look broader on age groups.”

Ultimately, the electricity industry needs more people to enter the industry to support a transition to new technologies. There is opportunity for stable employment and the types of jobs that are exciting for young people. The challenge becomes making young people aware of the potential a career in electricity represents, while also innovating the way education and training is delivered. Making it easier for people to get into the industry who have training from other countries, while also rethinking educational paradigms to make it easier for people to get the training they need. As McKay outlined, there are some really cool jobs in the electricity sector that need to be filled. People need to know those jobs exist and what the educational pathways needed to get there. 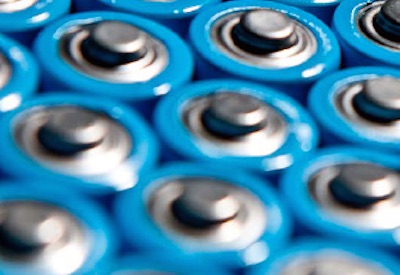 Use it or lose it. Few products in the world have a shorter shelf life than electricity. That’s why pretty much everyone involved in the power sector — from utilities to buyers to start-ups to state regulators — is putting more energy than ever behind ways to extend it. That’s fuelling a boom in projects and investments centred on advanced battery chemistries and alternative energy storage approaches, such as hydrogen fuel cells and thermal options that use hot water or ice to conserve power. The Holy Grail over time is to create a network of resources that can be used in concert with solar and wind farms. 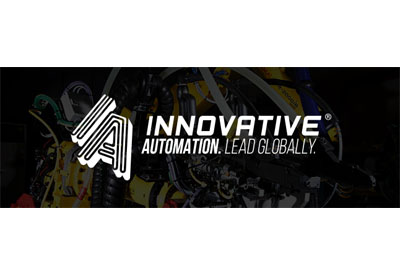 Automation companies are drivers of innovation, and have penetrated near every industry and geographic region across Canada, be it big cities or small towns. And they continue to grow in terms of the technological advancements they drive and the within the communities they support.

Carlo Gavazzi is a global provider of automation components. With a 90-year history in the industry they have grown and innovated with the progression of automated manufacturing. 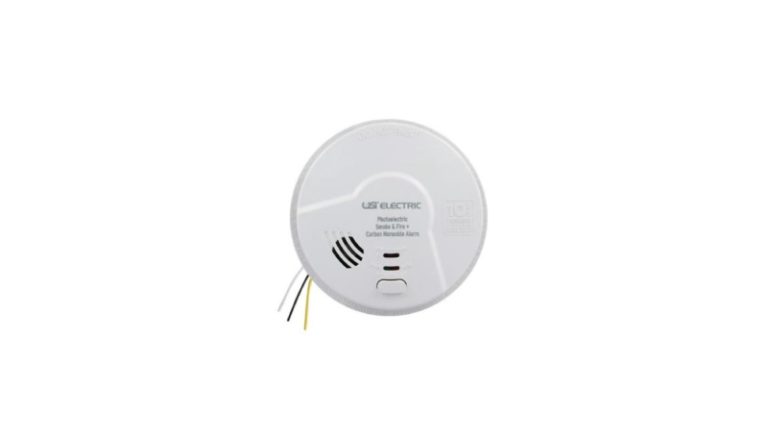 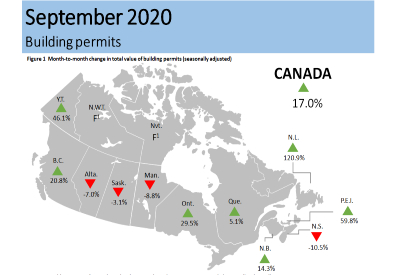 All sectors observed gains in the total value of building permits issued in September, which rose 17.0% to $9.4 billion. 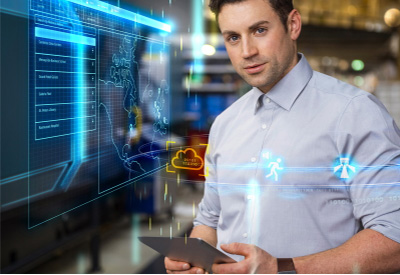