New legislation to establish a made-in-B.C. system to support and train apprentices and modernize the Crown agency responsible for trades training has been introduced in the legislature.

The new Skilled Trades BC Act lays the foundation to address labour shortages, and support and recognize the critical work that skilled tradespeople do in British Columbia.

In 2003, compulsory skilled trades certification was eliminated, making B.C. the only province without this requirement.

“We want apprentices in British Columbia to be able to count on having good, family-supporting jobs with steady work once they complete their training,” said Anne Kang, Minister of Advanced Education and Skills Training. “As the only province without skilled trades certification, B.C. workers and employers have been at a disadvantage. With 85,000 new job openings expected in the trades by 2031, there are so many opportunities for meaningful work in B.C. That is why we’re launching a new, made-in-B.C. skilled trades certification system to encourage more people to choose careers in the trades, so they can prosper and employers can find the workers they need as B.C. builds a strong economic recovery.”

Skilled trades certification will require people to register as an apprentice or be a certified journeyperson to work in one of the 10 initial mechanical, electrical and automotive trades. It will increase prestige in the trades by recognizing trades workers’ in-demand skills and experience, pave the way for greater steady employment opportunities and higher wages, and attract more people to the trades.

Without a recognized credential, it can be challenging for workers to transition between employers, which increases barriers for workers to gain stable employment, resulting in lost or lower wages for workers and their families, especially for people who already face greater barriers to employment in the trades.

“Trades workers are involved in everything from our cars to our hospitals. We rely on them to service our vehicles, keep the lights on and so much more,” said Andrew Mercier, Parliamentary Secretary for Skills Training. “When the old government axed the requirement for skilled trades certification, it discouraged people from pursuing careers in the trades and fueled the labour shortages that are driving up project costs today. We’re turning that around with a new, made-in-B.C. skilled trades certification to encourage people to join the trades with the training they need to do their work in an evolving world.”

Skilled trades certification for these initial trades will be implemented in phases between 2022 and 2024, pending the passage of legislation.

The new legislation will replace the Industry Training Authority Act and transform the Industry Training Authority into SkilledTradesBC, the modernized Crown agency responsible for skilled trades training in British Columbia. The renewed focus of SkilledTradesBC reflects the expanded responsibilities associated with skilled trades certification, and a new focus on promoting and supporting apprentices and trainees throughout their training journey. SkilledTradesBC will remain the authority on trades training in B.C. with enhanced and streamlined services to help apprentices navigate training and get access to support.

A public engagement process, which ran from June to September 2021, provided an opportunity for workers, apprentices, training providers, Indigenous partners, communities and employers in urban and rural communities in B.C. to shape key aspects of the transition to skilled trades certification. This included how to support experienced uncertified workers to remain in the labour market while they earn certification or enter training and ensures employers are supported during the economic recovery. The engagement also addressed how to apply new certification requirements fairly across all industry sectors, as well as how to support Indigenous workers, workers with English as an additional language, and workers and employers in smaller communities.

“When students and apprentices get the certification they need to succeed, it also means they get the training to do their work safely,” said Harry Bains, Minister of Labour. “It ensures they have the tools, knowledge and skills needed to handle materials and equipment properly, and to confidently recognize when there is an unsafe work situation for them or others. This kind of training prevents injuries and saves lives – it’s good for B.C.’s workplaces.”

Among the supports available to trades workers looking to certify, the Province is providing $5 million to the ITA to address waiting lists for priority trades programs so that more trades workers can get access to training or upgrading and refresher courses so they can complete apprenticeship training and certification in the skilled trades certification trades. 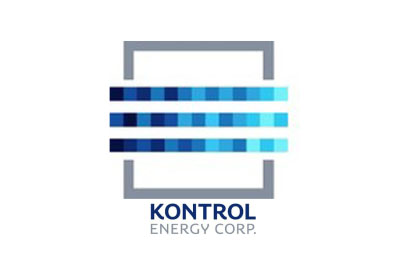 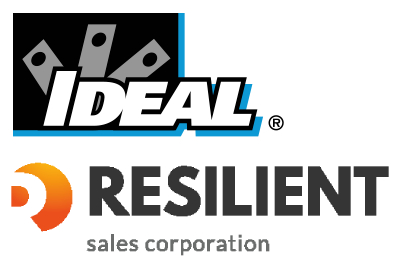 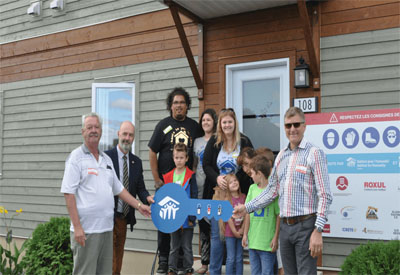 Kim, Kevin and their five children were handed the keys to their new home in Ormstown on September 28, 2017 in an atmosphere of happiness and excitement. The STANDARD team contributed a day’s work assisting the family build its house as part of the Habitat for Humanity Build Day. 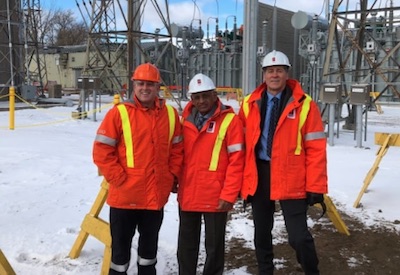 Residents and businesses in downtown London, Ontario can expect more reliable power service courtesy of a $36 million investment in the city’s Nelson Transformer Station, the first step in a multi-year project to replace the aging station. 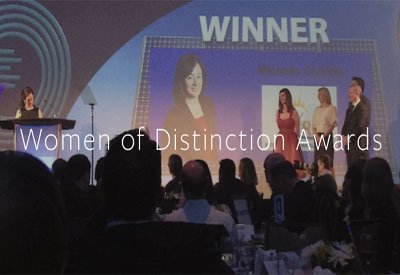 September 9 is the deadline for nominating someone for a 2015 Women of Distinction (Wind) CanWEA award; October 1,for the Woman of the Year (Energy)APPrO award… 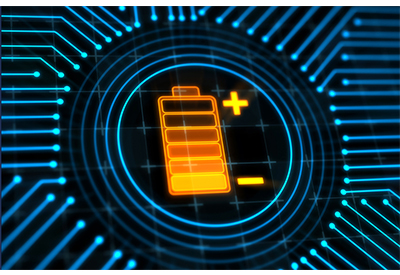 Magnetic resonance imaging (MRI) can provide an effective way of supporting the development of the next generation of high-performance rechargeable batteries, according to research led by the University of Birmingham.